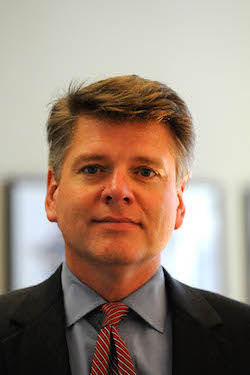 Mr. Kalinyak most recently served as the Executive Director of the Finance and Administration Cabinet’s Office of General Counsel. In that capacity, he was the chief legal advisor to the Secretary of the Finance and Administration Cabinet and was responsible for managing the legal affairs of the cabinet’s various office and departments, including the Department of Revenue and the Commonwealth Office of Technology. He has advised administrative agencies on matters of state government procurement, real estate transactions, determined and resolved bid protests, drafted and approved personal service and price contracts for the Finance Cabinet and other state government agencies. Mr. Kalinyak has provided legal advice to the various boards and commissions that are attached to the Finance Cabinet for administration purposes, such as the Kentucky Higher Education Assistance Authority, The Kentucky Higher Education Student Loan Corporation, and the Kentucky Infrastructure Authority.

Mr. Kalinyak has routinely appeared before the Kentucky Board of Tax Appeals, the Kentucky Court of Appeals and has presented arguments on tax matters before the Kentucky Supreme Court a number of occasions, including the following reported tax decisions: Revenue Cabinet v. Lazarus, Inc. et al., Ky., 49 S.W.3d 172 (2001), and Camera Center, Inc. v. Revenue Cabinet, Ky., 34 S.W.3d 39 (2000), in which the Court’s opinion complemented Mr. Kalinyak on his excellent brief and skillful oral argument. 34 S.W.3d at 45.

During his work for the Kentucky Revenue Cabinet and as the General Counsel for the Kentucky Finance Cabinet, Mr. Kalinyak has drafted legislation and regulations concerning matters of state taxation, government procurement, allocation of state bond funds and general government administration. He has testified before the House and Senate Appropriations and Revenue Committees concerning the impact of state tax legislation and has provided legal advice and analysis on the impact of state tax legislation during every session of the General Assembly since 1996. Mr. Kalinyak is also a frequent speaker for the Kentucky Society of Certified Public Accountants, notably at its Federal Tax Institute and its Annual State Tax Conference.

© 2022 | Hurt, Deckard & May PLLC. THIS IS AN ADVERTISEMENT
Website bySearchBar Marketing